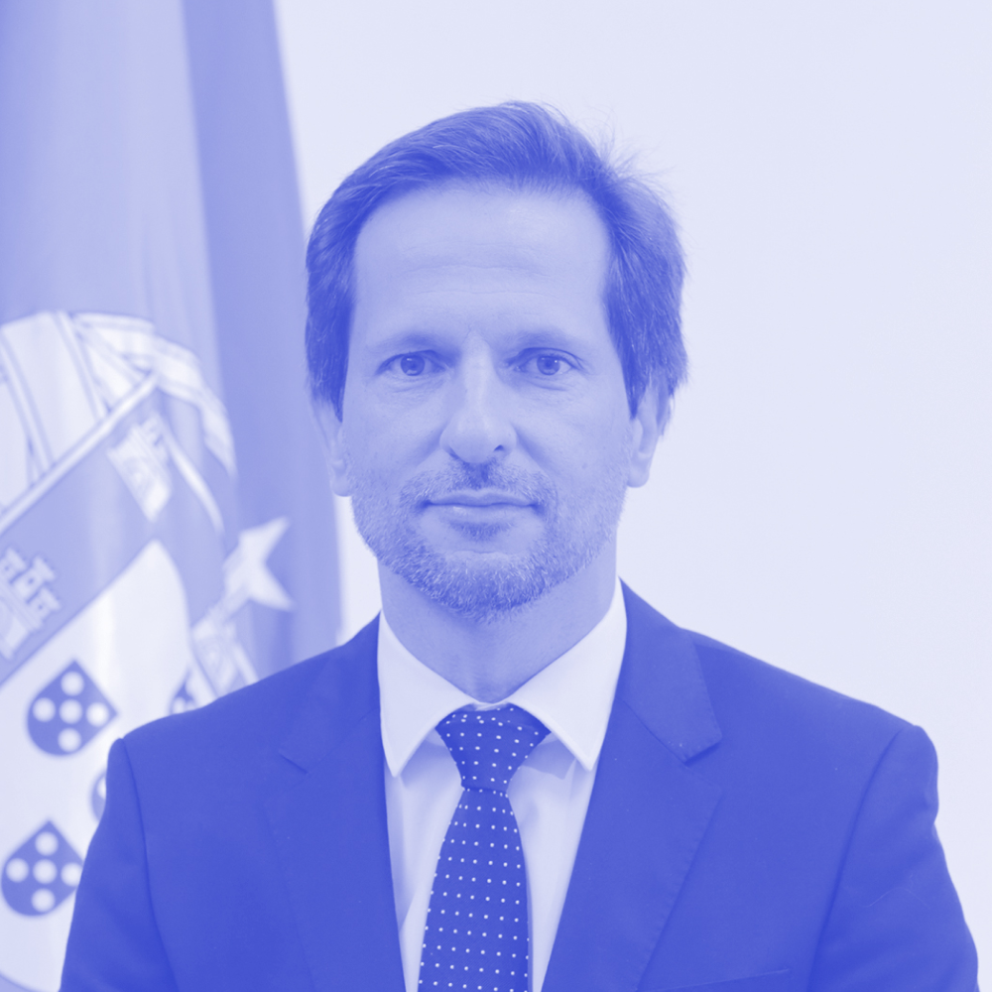 Born in Lisbon in 1972, André de Aragão Azevedo graduated in Law by the University of Lisbon, is married and has three children.

He travelled to Macau in 1995 where he worked as a Lawyer and Legal Adviser, supporting the prior and subsequent phase of the transition of Macau from Portuguese to Chinese Administration. In 2005, returns to Portugal to work in the National Parliament, as advisor to the Constitutional Affairs, Foreign Affairs and Ethics Commissions.

Between 2008 and 2011, he integrates the Ministry of Health has the Chief of Staff of the Secretary of State for Health.

In 2012, he joined Microsoft Portugal with commercial management functions in the Public Sector and in 2017 he became an administrator with the responsibility of promoting the use of technology as a factor for transforming national companies and organizations. He was in charge of coordinating the technological training plan for the ecosystem of startups and research centers based on cloud services, as well as the digital training of citizens and professionals throughout their life cycle.

In 2019, he accepted the invitation to integrate the executive of António Costa in the XXII Constitutional Government, as Secretary of State for Digital Transition, in the Ministry led by Pedro Siza Vieira, with the main challenge of digitizing the Portuguese economy.

In March 2020, even before the Covid19 Pandemic crisis reached Portugal, het presented the Action Plan for Digital Transition, a document focused on the objectives outlined for the legislature, with 12 emblematic measures that aim to project the country in the world without leaving anyone behind, through the digital empowerment of people, the digital transformation of companies and the digitalization of the State.